After I left Charlie's house, I figured I should try fishing the pier since the weather was so nice. I rigged up the Epic 686 - and brought out the full sink and floating lines to do some more comparison out here in the islands (way different fishing techniques than in Florida). 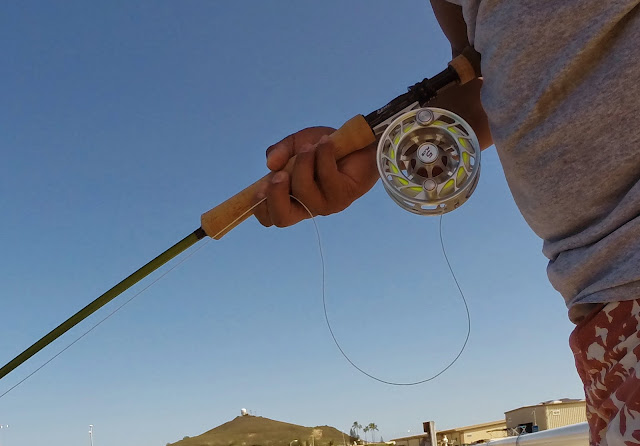 I could see the fish in the water - papio or hahalalu, and some big aha (Houndfish). 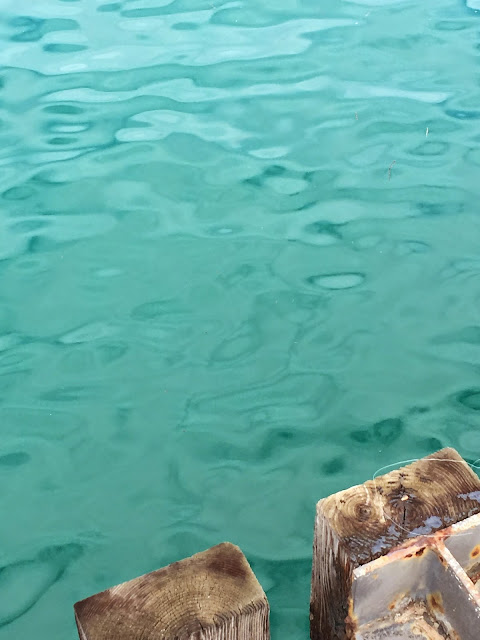 I decided to try for the aha first. I tied on the "bloody guts" fly to I used to catch the Atlantic Needlefish when we were living at Mayport. Strip in the fly as fast as you can and you get some eager takers! But for some reason the yarn doesn't get tangled in the teeth like it did back in Florida. I had several takes, some decent pulls - but each ended with the fish off the fly. 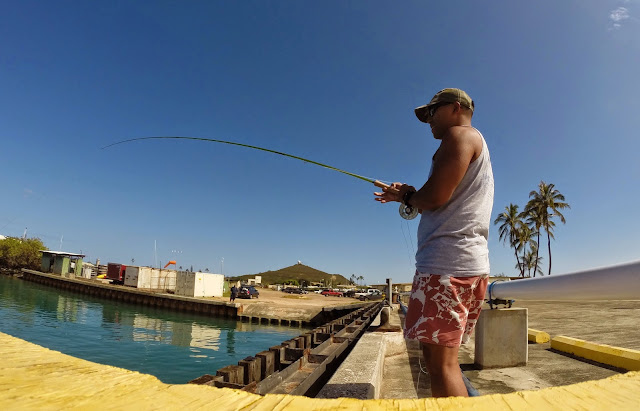 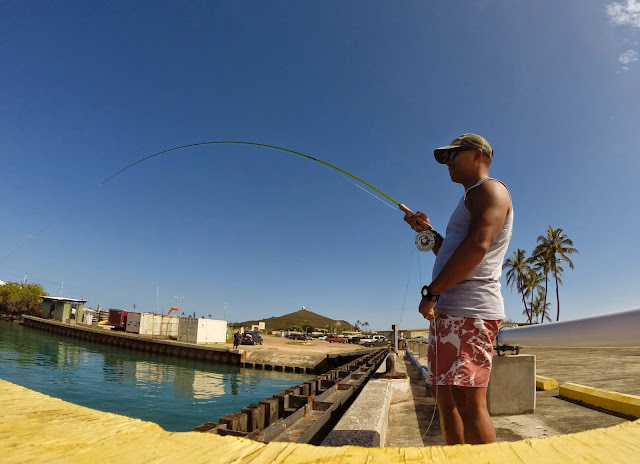 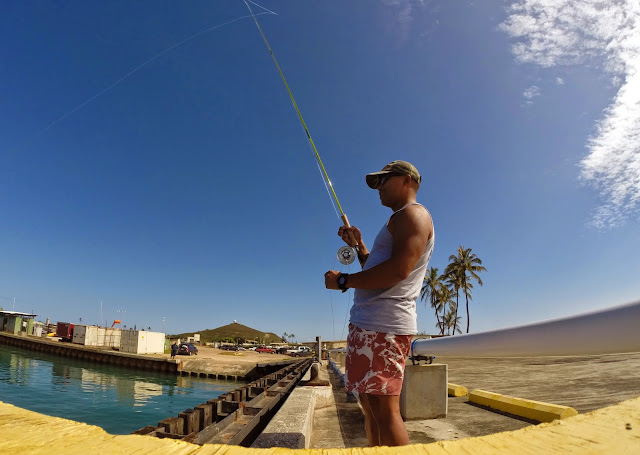 I checked the fly and saw that I had cut off the hook at the bend - not that I would have hooked the fish anyways - they have pretty hard, bony jaws. Teasers proved just as fun (and I didn't have to handle the fish). I didn't have any looks from the other fish - even when I broke out the spinning gear and threw the small kastmaster. I have some more homework to do to get to the point where I can consistently hook up.
Posted by Victor Velasco at 2/09/2015 08:17:00 AM