Marlon and I hit the beach on Saturday evening.  I was using the 5'2" and the Go Foil Iwa (on the 29.5" mast).  If you are shopping for a foil - the Go Foils wings are buoyant and float - this is good for some reasons (it you ever lose the foil, weight, and paddling on non-choppy days) and bad for others (paddling on choppy days - the board/foil go wherever it wants and not where you want it). 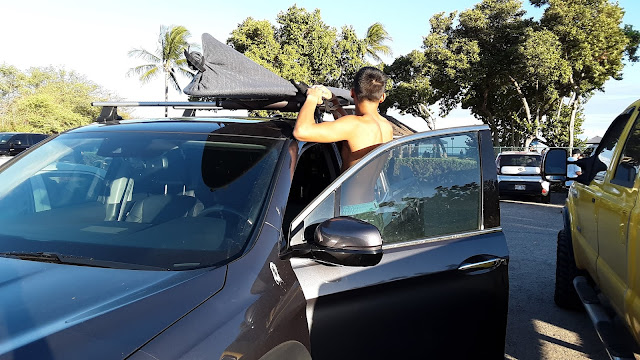 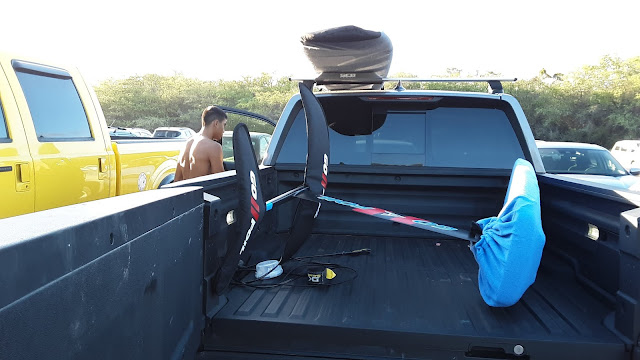 I got a few really fun rides, but the water was really choppy.  That really didn't matter once up on foil, but while paddling for a wave it made all the difference.  Marlon found another ding on La's board (after we just finished fixing the rest of them) so he went in early.  I do like this foil and it has a different feeling than the Slingshot - a little livelier... but not sure if that is due to the wing, or the mast height, the difference in buoyancy, or all of the above.

Today, we went out again and I used the Slingshot Infinity 76 on the 24" mast.  I had the foil jammed to the back of the tracks on the 5'2". 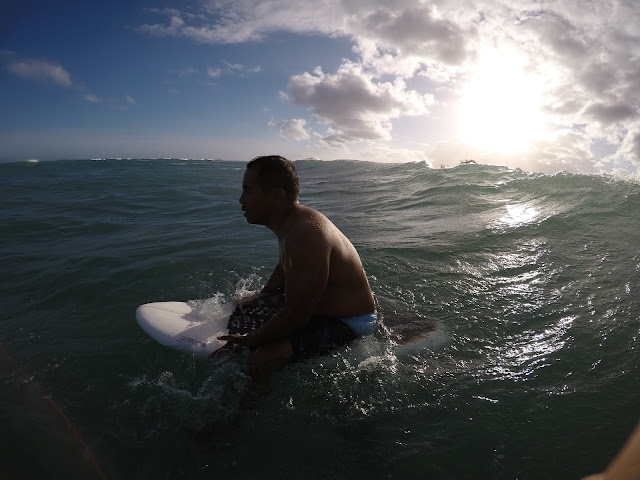 The water was way choppier than yesterday.  Stronger trades and a really close period on the swell made for a lot of paddling.  The Slingshot setup does not float and is considerably heavier than the Go Foil.  I got several waves, had a few steeper takeoffs (a relative term) and even took a couple to the beach.  Wave choice is definitely a large part of successful surf foiling - pick the ones that aren't so vertical but still have enough energy to get you moving.  Whitewater mush is not a bad thing...

At first I though the foil might be too far back as I wasn't lifting easily.  Then on my third wave I had my feet further back and I unweighted my front foot a bit (contrary to everything I've been trying to unlearn from surfing) and not only was I up - I was able to pump through the flat section and continue on the reform.  I got a few more rides just like that, but called it quits (as my belly had gotten rubbed raw from the front foot pad, and we had an old friend with us at the beach so I didn't want to stay out too long).  So I have gotten to the point where I'm exerting active pitch control (unweight front foot to pitch up, weight front foot to pitch down - maintain once you're where you want to be).

I bribed Marlon to take pictures from the water.  He got the settings misaligned but I was able to get a few photos (although he missed my bigger waves ;)