It has been a really busy week.  The tidal cycle didn't help much either with the highs occurring either super early in the morning (0230) or mid day.  The trades were back with a vengeance, but there was a small run of southern hemisphere energy (thigh to maybe waist high) - so I figured I give it a go just to get some exercise (a whole week went by since I last foiled...). 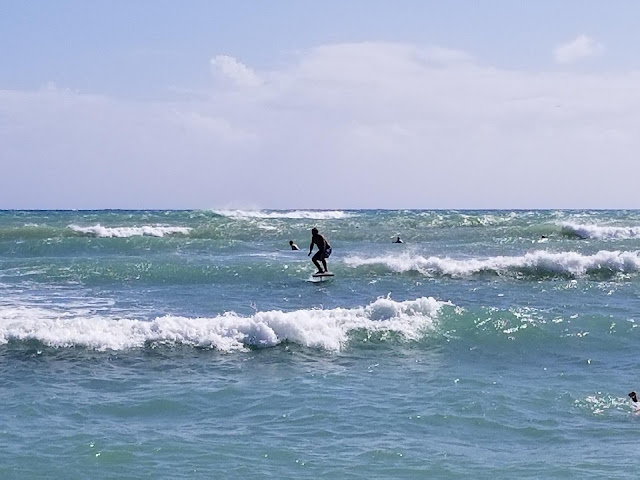 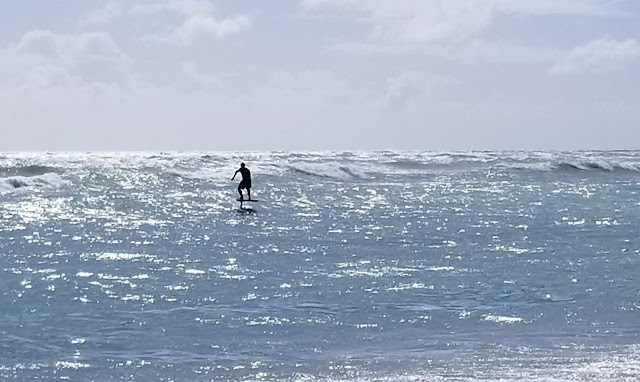 Marlon had his longboard, but after looking at the chop he said he would sit this one out.  I brought the 4'10" with the CF1600 and paddled out for about 45 minutes.  I caught 6 or so and rode them nearly to the beach.  This was the second time I had this board out and I think I can push the foil back a centimeter or so - I felt like I had to keep more front foot pressure to balance everything out - not just relax and go like on the other two boards. 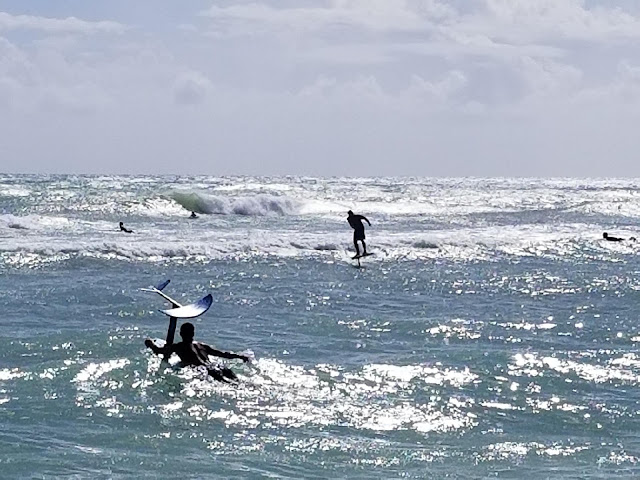 The chop did make the rides really dynamic - keeping balance was a large part of each ride.  And the wave would fizzle out after the takeoff so I was pumping more that I normally would. 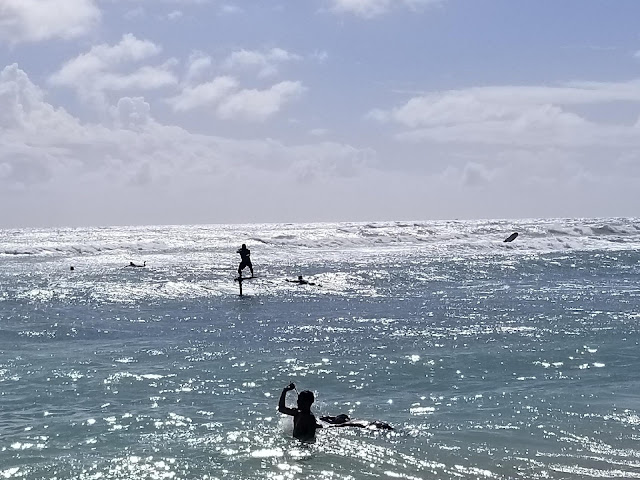 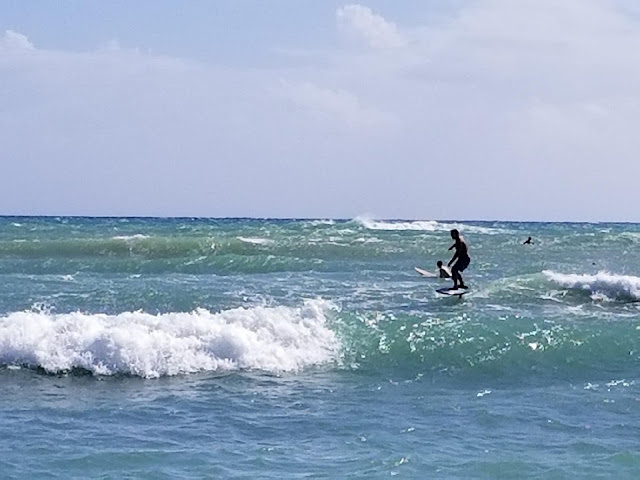 I may try and squeeze in a windfoiling session since the trades are howling right now (I should be kiting with this wind...)