I was going to go flyfishing today to test out some flies I just tied up, but I forgot my reel back at the apartment. I had the spinning gear in the trunk, so I went ahead and got wet. The wind was way up so I was probably better off spinning anyways. I was fishing the bottom part of the full moon low tide so I had to walk a ways out to get to knee deep water. Early on I saw this large school of unicornfish (tangs) grazing up on the flats. 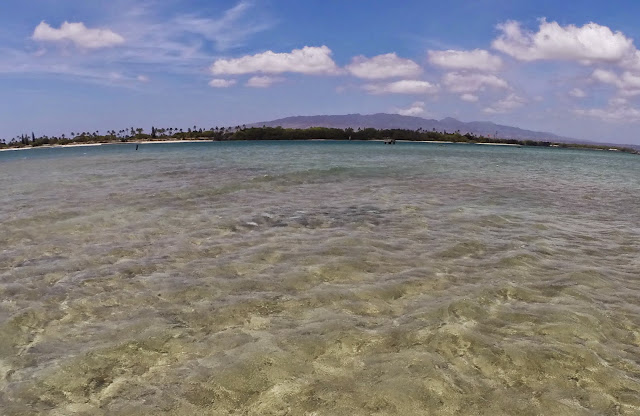 And I landed this eager bluefin trevally after a few casts. 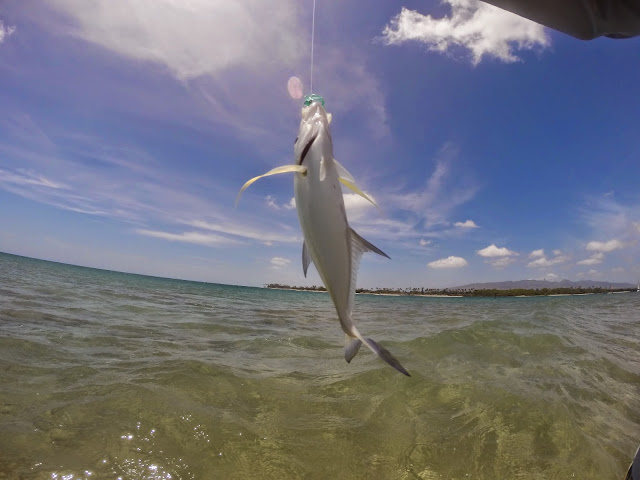 The real fun came when I hooked up with this hefty size papio (relatively speaking from the lot I've been catching). 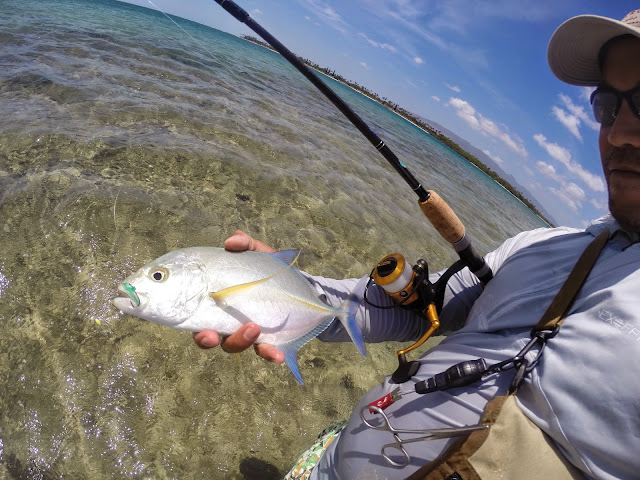 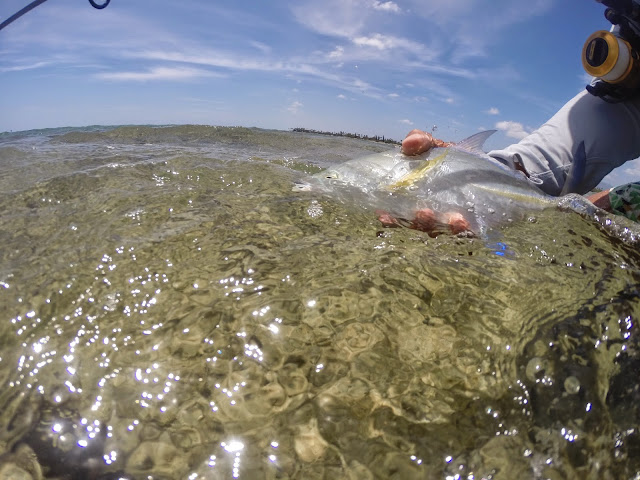 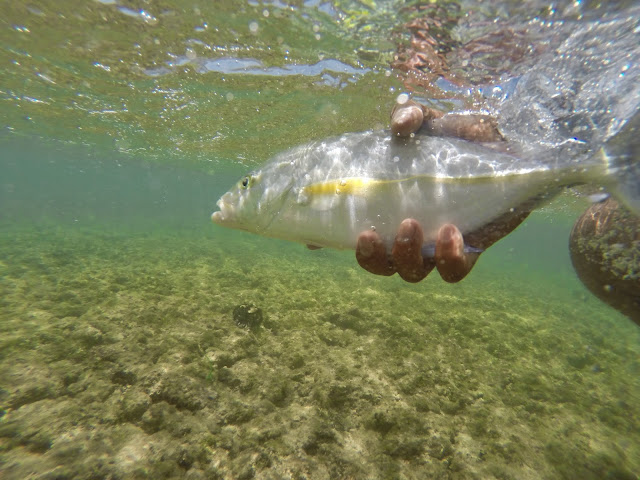 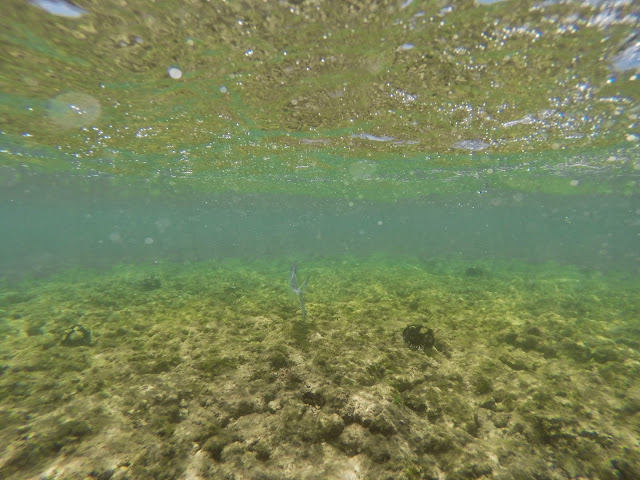 It was an easy 11" from nose to fork - would have been nice fried crisp with just salt and pepper... but better that it swam away to grow a bit bigger, have some babies and fight me again. It was getting those really cool blue spots on its back that the adults have. Such a pretty fish - I also saw several bonefish, but the lead weight at the end of my line didn't help me with stealth... next time (again).
Posted by Victor Velasco at 4/05/2015 09:07:00 PM