After finishing a bunch of requirements, I got a quick session in before dusk.  The swell was up (overhead on the outside), but the tide was high so I could foil the middle and inner breaks.

I set the foil forward from yesterday and just like previously, the foiling became second nature. 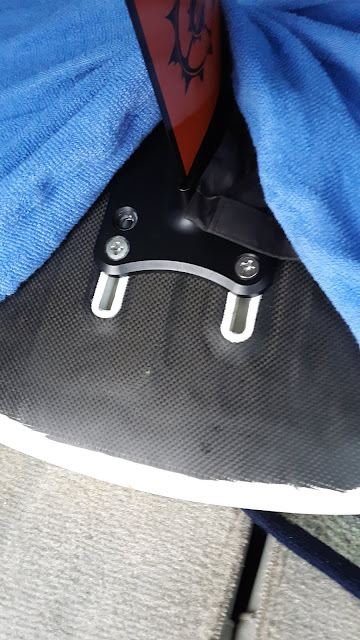 Actually looks like is a bit more forward than the second to last session on this foil, but I could apply backfoot pressure and pop the foil up and balance it out with front foot pressure to get to stable flight.  I had several long rides - and that is what keeps bringing me back to this.  I could have surfed a shortboard today - but the wind was chopping up the water - the foil negates all of that.

Marlon brought out his new longboard again and he said he is getting used to it.  He said it catches waves easier than La's board, and he is able to perch up on the nose easier.